Located in beautiful Northwest Arkansas, Pea Ridge National Military Park is considered one of the best preserved Civil War battlefields and covers approximately 4,300 acres. The history of Pea Ridge National Military Park is a fascinating one. The battle was fought on March 7 & 8th, 1862 and the Union’s victory help to  secure the border state of Missouri.

One of the more unique and important sections of the park includes the Trail of Tears. You can see remnants of Telegraph Road by which thousands of Native Americans walked in 1838-1839 during their forced removal from their homes.  Additionally, the Battle of Pea Ridge was the only major Civil War engagement in which Native American troops participated. Led by Brigadier General Albert Pike, two regiments of Cherokees fought for the Confederate army.

The great thing about Pea Ridge National Military Park is that someone doesn’t have to be a Civil War buff to enjoy this beautifully preserved park. The landscape is gorgeous and it’s very family friendly. 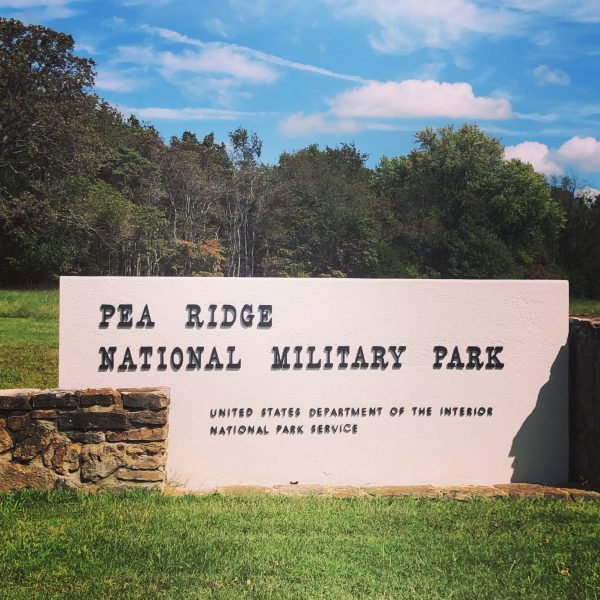 This blog may contain affiliate links, which means we may receive a small commission ( for which we are grateful) at no cost to you. Click HERE to read our full policies & disclosures

Facts About The Battle of Pea Ridge 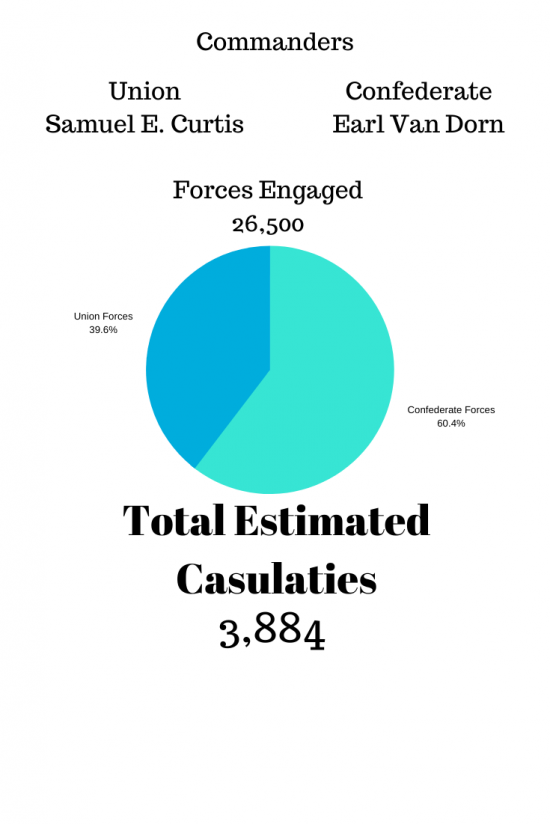 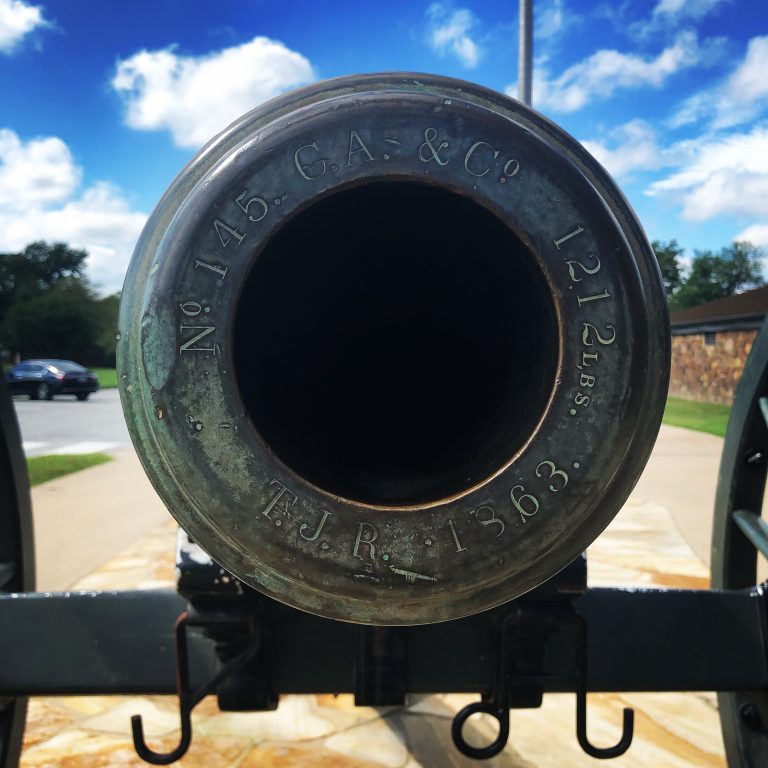 Inside The Visitor's Center

While at the visitor’s center, don’t forget to stamp your National Park Passport book and to pick up a Christmas ornament for your family travel tree. 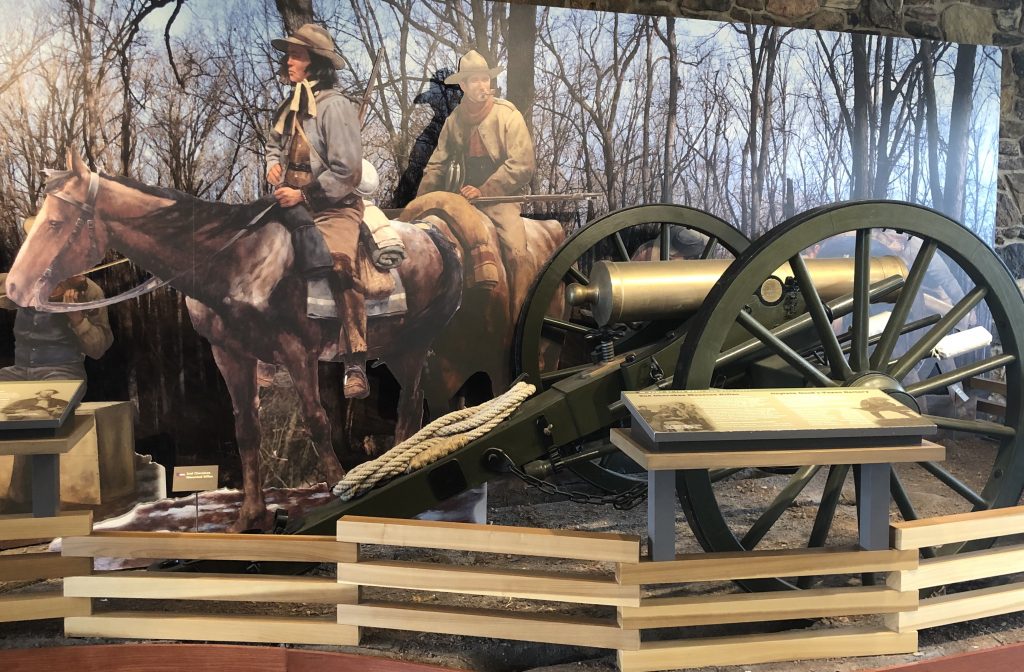 Driving Around The Park 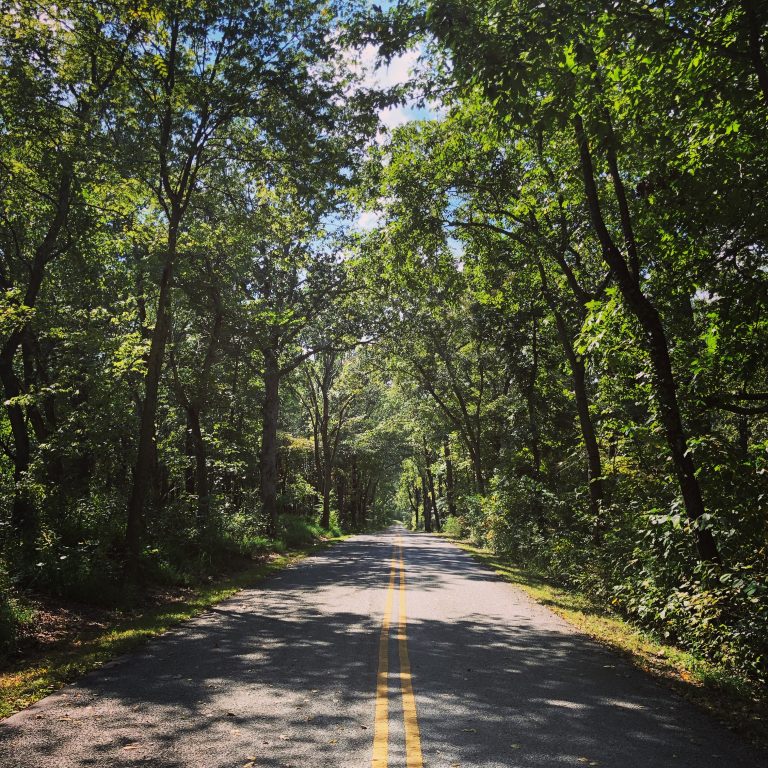 While there are 11 marked stops as you tour Pea Ridge Battlefield highlighted below, we wanted to focus on sharing  the top spots in the park.

This first stop still reflects the shallow depressions in the ground of the original Telegraph Road that was traversed by thousands of Native Americans during the forced removal from their homes. It was also part of the original route of the Butterfield Overland Stage Coach.
It’s very moving to look at depressions in the ground and know the sadness and fear that was surely felt by those that walked it all those years ago. 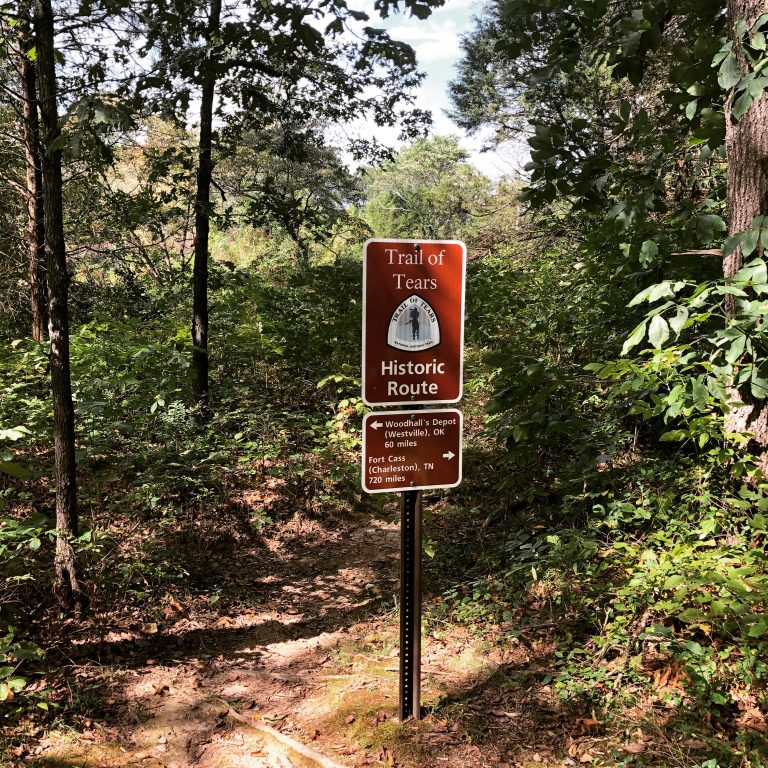 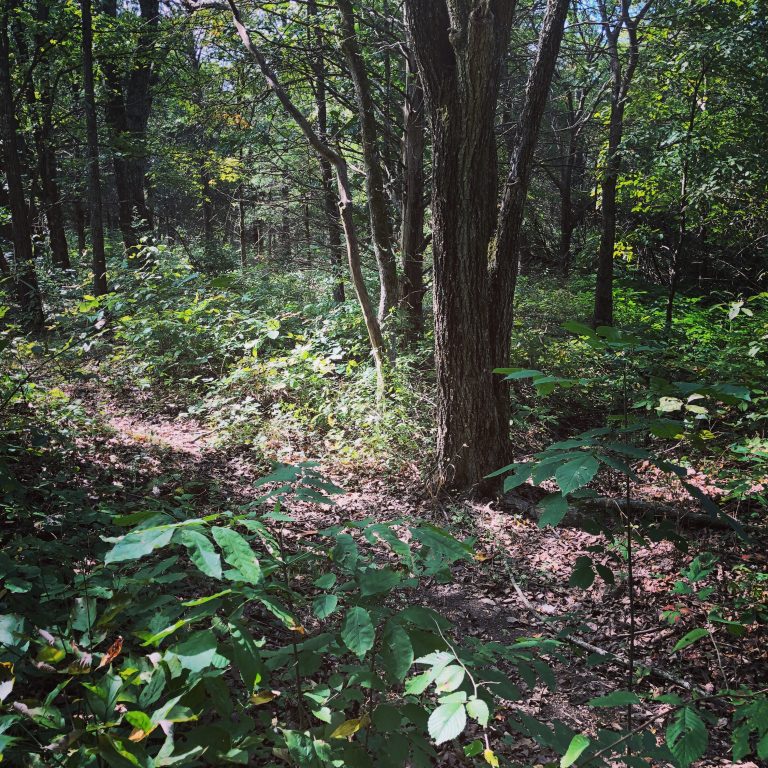 YOU MAY ENJOY READING: A FAMILY ROAD TRIP TO SOME OF AMERICA'S BEST NATIONAL PARKS AND MONUMENTS

Once at this stop, you can walk a path to where a small village once stood. While all visible evidence of the village is gone, it’s neat to imagine what it looked like, especially during the battle. 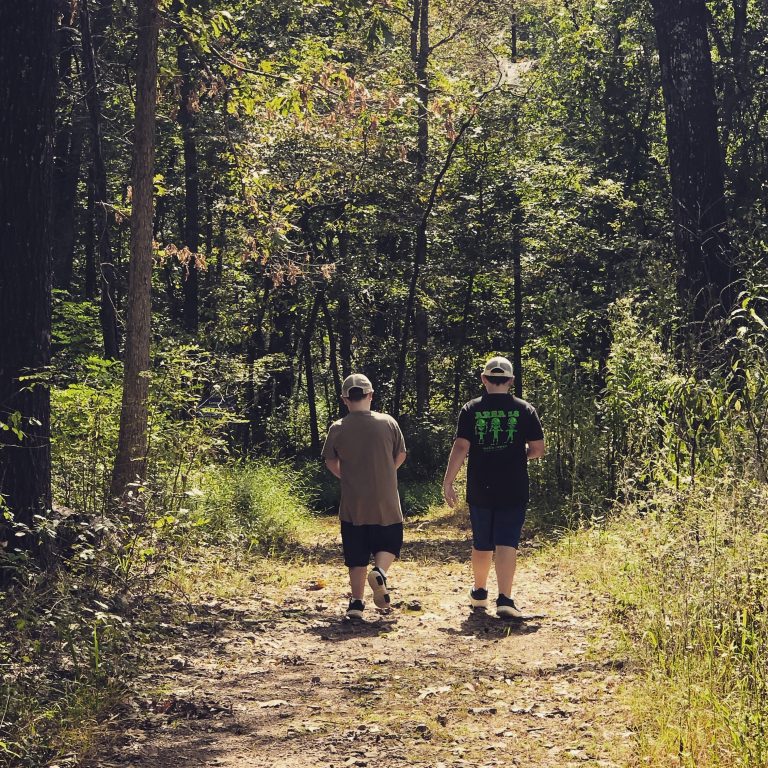 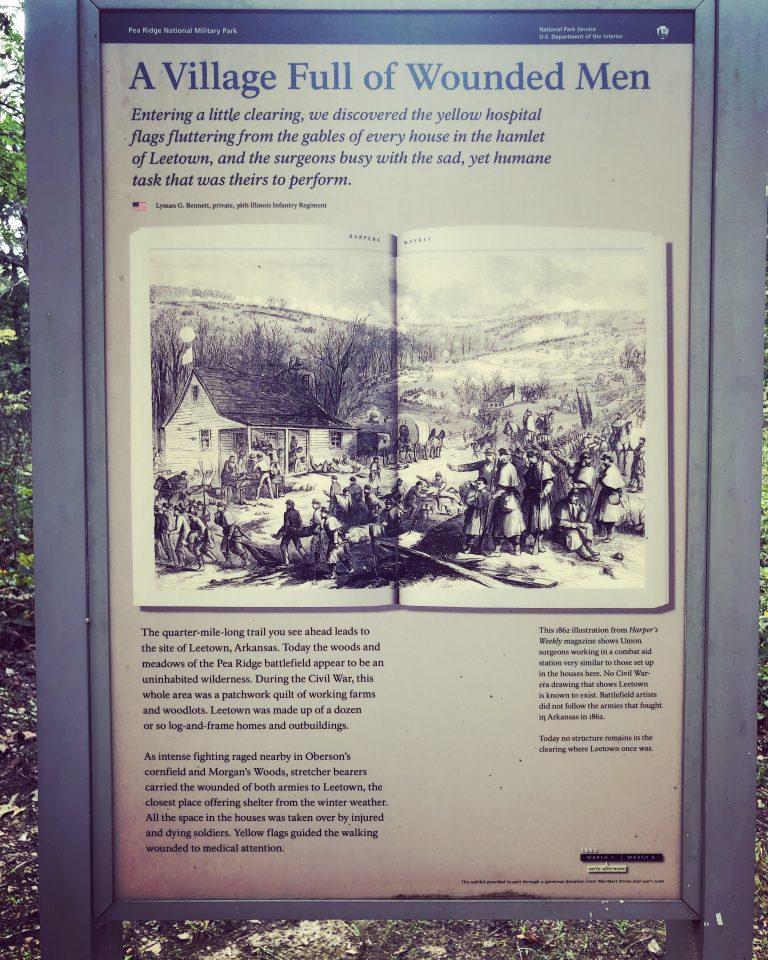 This is the best view of the battlefield! You’ll see a path to the overlook station and it really gives you an eagle’s eye view of this pristine battlefield. 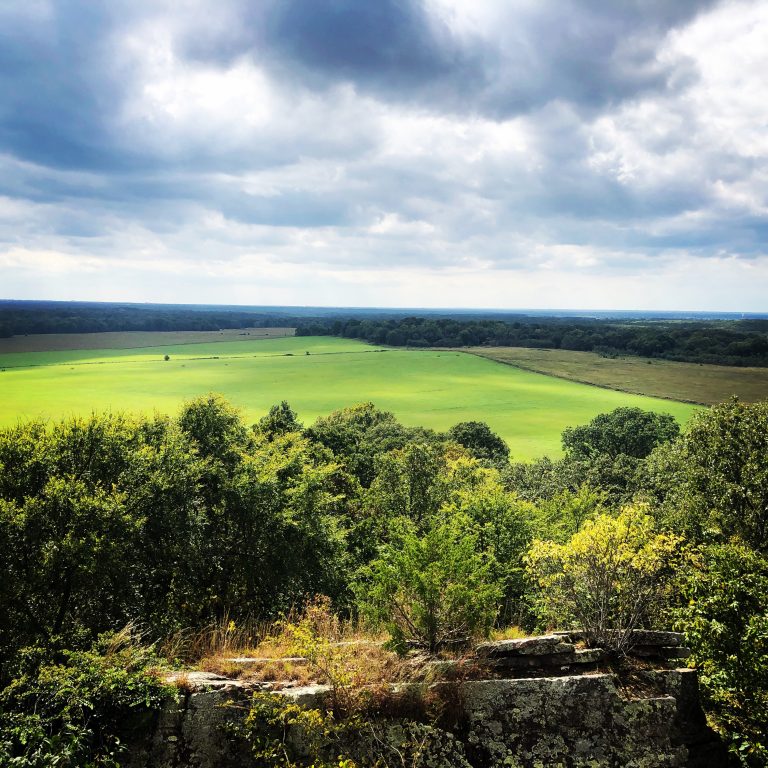 Elkhorn Tavern served as a supply base for General Curtis until the Confederates captured and occupied it. During the battle, the tavern was turned into a field hospital for both Union & Confederate soldiers. Unfortunately, Confederate guerrillas burned the original tavern in 1863, but the building you see today is a very well done reconstruction.

Also, near the Elkhorn Tavern are two beautiful memorials. Interestingly enough, one of the first Civil War reunions with both Union and Confederate soldiers was held at Pea Ridge just a mere 27 years after the end of the war ( 1889). During the reunion, veterans from both sides dedicated Monuments for remembrance & healing.

We found these monuments very beautiful and peaceful. It’s amazing that, after just a short time,  soldiers from both sides came together to place these monuments for all to see. 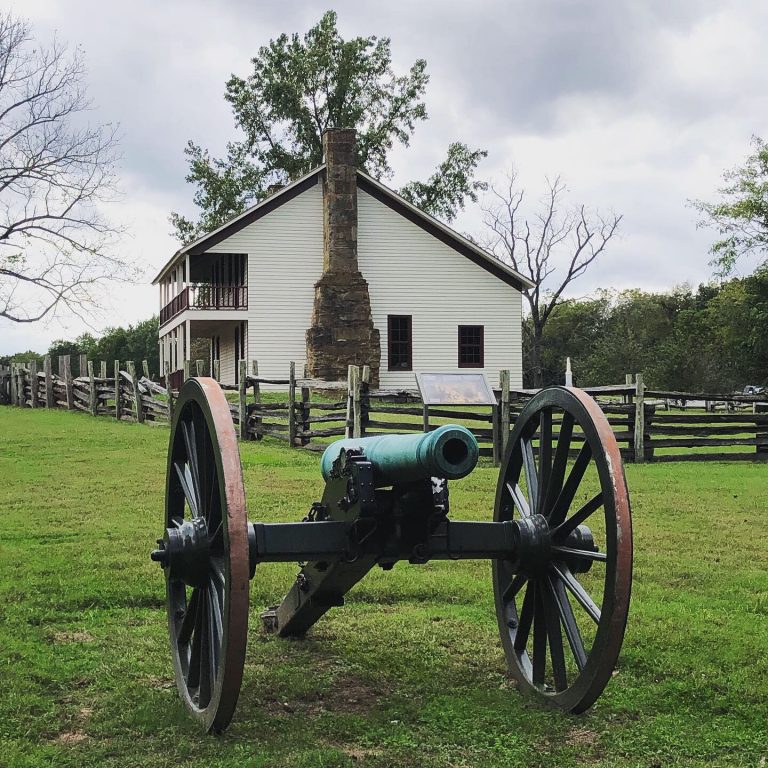 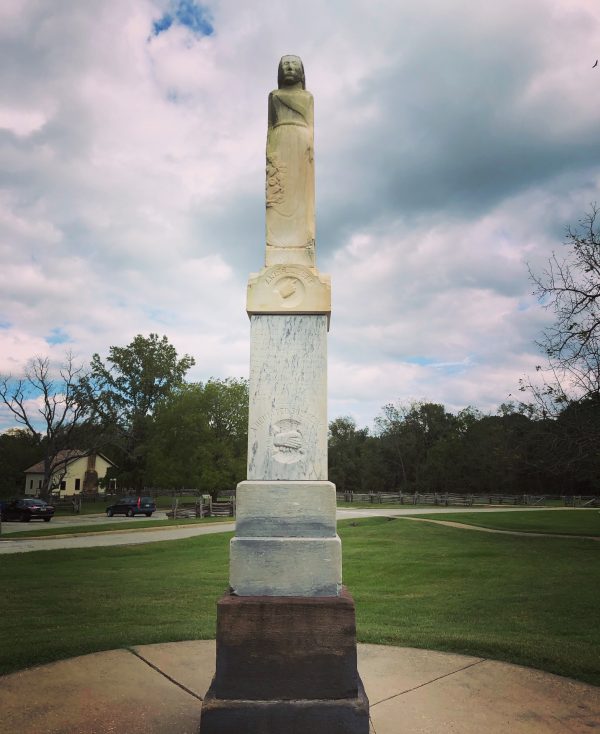 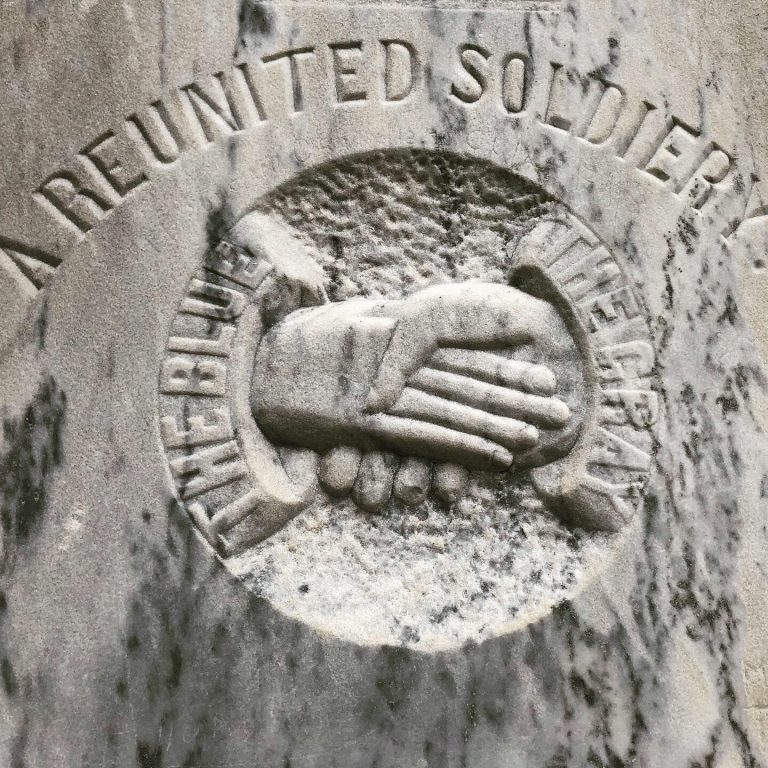 Additional Things To Do While Visiting Northwest Arkansas

If you enjoy history like we do, Pea Ridge National Military Park is for you! As one of the most pristine Civil War battlefields, you can really envision the battle taking place here. The park hosts re-enactments throughout the year so keep your eye out for those events. While no camping is allowed, there is a picnic area and there are several trails to hike. It’s a great way to spend the day and it’s always interesting to be in a place were so much history took place.

A Guide to Visiting Monticello and Mount Vernon 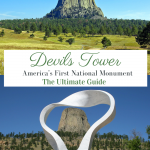 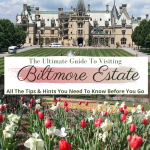